Just before moving to a new room. Apart from some clothes on hangars, and two
shelves of books, all my belongings in Canada fit in to the boxes you can see here. 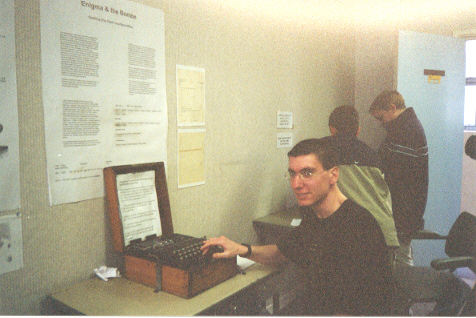 With a German coding machine (probably Enigma); several mathematicians, including Alan Turing,
worked on cracking German codes in the war, with considerable success. 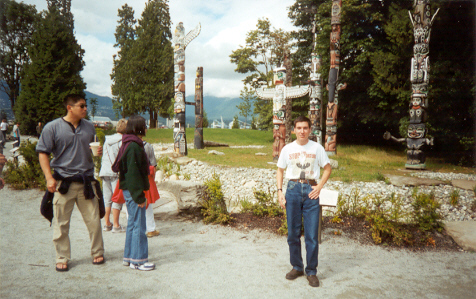 Beautiful British Columbia. Here I am in front of some totem poles in Stanley Park, Vancouver,
probably made by the Haida First Nation.
("First Nation", because in Canada it's the Europeans who are the illegal immigrants) 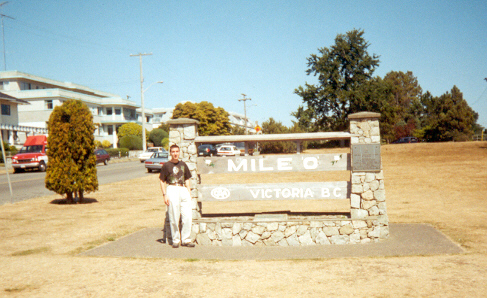 At the other end of the world -
this is where they measure distances from in Canada (there is another Mile 0 near the Atlantic).